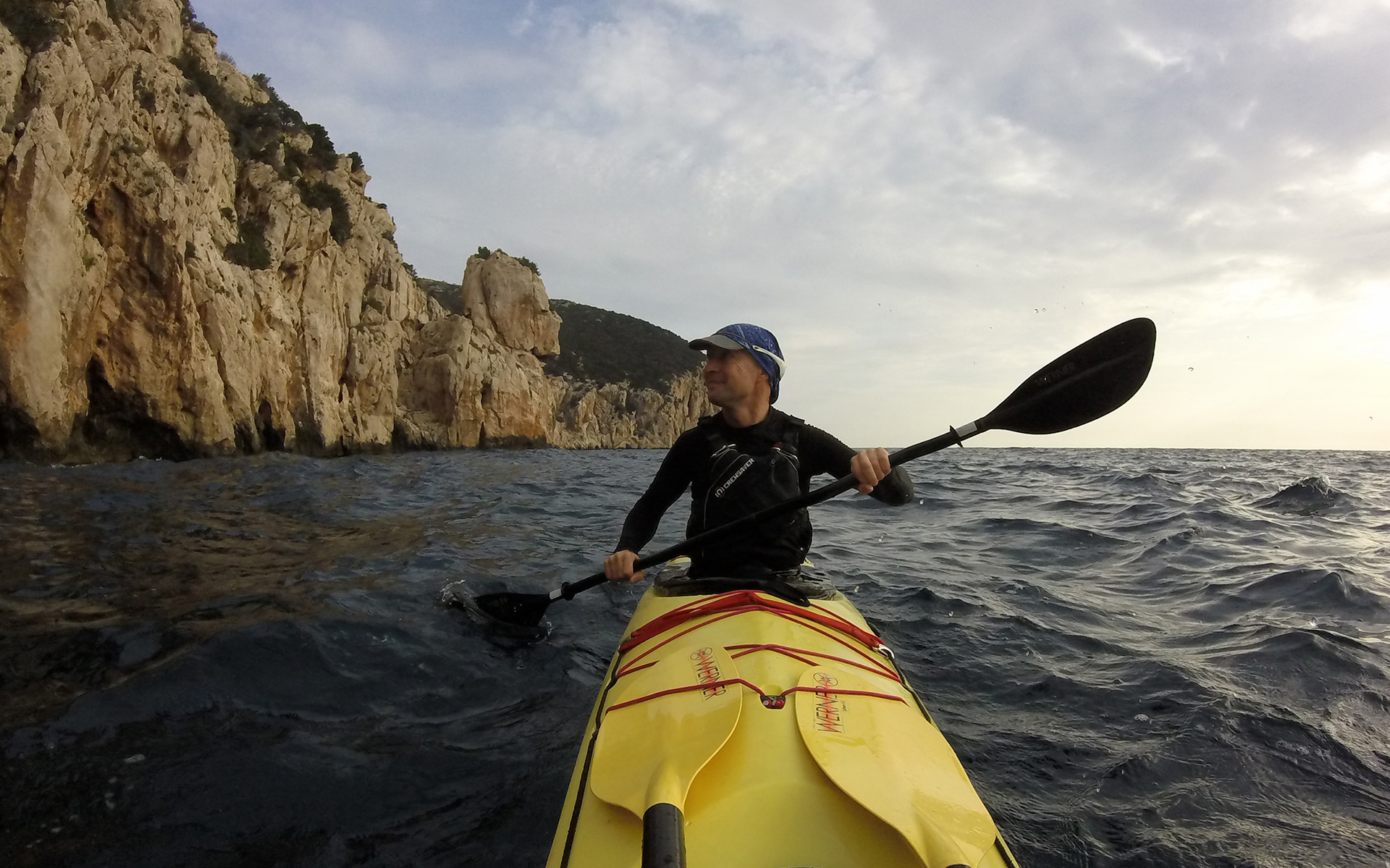 Go Sea Kayaks founder and lead guide Taran has been kayaking for 20 years and loves working as a kayak guide and sharing his passion and knowledge of the natural World.

In 2015 Taran earned the acclaimed BCU 5 star sea leader certification and is also a qualified kayak coach. He learned to kayak on the shores of the Bristol Channel, a place famous for the second highest tidal range in the World and the challenging currents that go with it.

In 2011 he paddled solo around the whole of the Welsh coast, a 600 mile journey. More recently in 2016 he circumnavigated the coast of Sardinia by kayak, the second largest island in the Mediterranean with his partner Melissa, having cycled around the island the year previous.

In 2017, again with his partner Melissa, he circumnavigated by kayak the coastline of Corsica.

Most of all Taran loves messing about in a kayak and loves to share his passion for kayaking, knowledge and skills :)

of a BCU 4 Star Sea Leader award or higher.

We take safety very seriously and that starts with having very experienced guides!